Why your receipt has become shorter

Why your receipt has become shorter

Analysis of Russian trade during the first six months of this year, has shown a trend that an average purchase size in Russia has dropped at many food retail chains, including discount stores. Experts believe that retail operators fell into their own trap and became victims of excessive promotions and discounts.

At Perekrestok, another chain that belongs to Х5 Retail Group, the average bill in the second quarter was 502 rubles, as opposed to 513 rubles in the previous year (2.3% drop).

At Magnit, the prime competitor of X5, the average purchase size in the second quarter has dropped too in all categories, in comparison with the analogous period in 2017: by 3.3% at convenience stores, by 3% at supermarkets, and by 6.3% at hypermarkets.

At Lenta, a Russian company ranking third based on earnings, the average purchase size, including at the new stores, has dropped by 3.5% and reached 1052 rubles.

At Okey group, in general, the average LFL spending bill in the second quarter has dropped by 1.8% in comparison with the same period in 2017. At Okey hypermarkets it dropped by 0.6%, and at Da! discount stores it remained the same as last year.

Marketing Wars
Public retailers explain the drop of an average purchase size by a low level of food inflation. At Magnit, it was also connected to the fact that this year people’s salaries were paid after Easter.

Alexei Korenev, an analyst with FINAM State Company believes that the drop of an average purchase size, as well as decrease of retail sales in general, occurred because of continuous decline of population’s real disposable income in the last four years. At the same time, nominal wages have been increasing sporadically, and have barely affected the overall income dynamics. Moreover, trends observed in recent months, demonstrate that, most likely, next year will be even worse in this respect, worse than 2017 or 2018.

Natalia Kolupayeva, a retail market analyst thinks that the average spending bill is dropping due to the rise of competition between the chains. Price-sensitive consumers continue to optimize their expenses and look for better prices, save, and search for compromise. Consumers with disposable cash are able to eat out, at cafes and restaurants, and utilize services such as Yandex.Eda and Delivery Club to order meals from cafes and restaurants, which is becoming more popular.

However, the main reason for decrease of an average purchase size at all food stores is, most likely, caused by massive promotions constantly organized by retailers.

“In general, the decrease of an average purchase size on the market is not related to a declining purchasing ability. Mostly, it is the consequence of an aggressive game between retail companies. In an attempt to save money, customers are migrating from one store to another looking for discounts. The number of trips to the store has increased and, for that reason, some stores are demonstrating increasing traffic,” said Ivan Fedyakov, director general of InfoLine.

Experts say that up until the end of the second quarter FMCG stores continued to increase the number of promotions, which was abnormally high. “At some stores, half of an average basket consisted of goods on sale. Promotions are needed to generate traffic. Customers save money on one type of product, but buy more products at regular price. However, when everything at your store is on sale, and your competitors have the same discounts, the average bill does not go up,” noted Ivan Fedyakov.

According to Sberbank CIB, a trend that started in 2015, when customers were shopping at different stores, searching for better prices, continues until today. “Consumers are still hunting for discounts, but they are becoming more sophisticated about locations,” noted Mikhail Krasnoperov, Sberbank CIB executive director.

Experts note that customers migrate from one store to another, searching for discounts. They buy eggs on sale at one store, flour at a different store, and never buy laundry detergent at a regular price, because it is always on sale.

According to Nielsen Promo Pressure, the share of promotions for the top 20 categories at FMCG in the first six months of 2018, in comparison with the same period last year, has significantly increased. If in 2017, modern stores sold 59% of goods of all categories with discount, now it has gone up to 64%.

It is stated in the Nielsen report, that most promoted categories of goods still include laundry detergents and fabric softeners, where the share of promotions has reached 83% and 82%, accordingly. They are followed by chocolate bars (79%), rum and shower gel (both 69% ). Among all categories, the sale of discounted goods has gone up most actively in the following categories: baby food (share of discounts is 44% in size), coffee (69%), liquors (46%). The number of sales events has gone up by 11%, in comparison with the analogous period last year.

Specialty chains attract the flow
Specialty chains, such as Red&White, VkusVill, and FixPrice became major competitors of FMCG retailers. “These companies are increasing the floor-space by 45%, and revenue by 50% each year. Red&White competes with Magnit and Pyaterochka at 50% of locations,” said Mikhail Krasnoperov.

Ivan Fedyakov agrees with him. “If we take a look at the second and third echelon chains, we can find interesting developing stories there, which are mostly based on efficient business models. First, it is the Red&White network, which grew by 50% in rubles in 2017, and since the beginning of this year has already opened 1200 stores. By the way, this alcohol network opened more stores this year than Х5 and Magnit,”said Ivan Fedyakov.

The expert also points out fast development of the VkusVill network, which sells organic and healthy food. Last year, VkusVill’s revenue went up by 54%, and since the beginning of this year they opened 180 stores. The company currently has 660 stores.

Among robust players, Ivan Fedyakov named a chain of supermarkets Yarche! (floor space from 500 to 1.5 thousand square meters). Since 2012, it has been a part of Tomsk food holding KDV Group. Based on 2017 results, revenue of the chain has reached 36 billion rubles, which is 100% growth since 2016. The number of stores they have is now is 550. These supermarkets offer a wide range of merchandise, and the company attaches a particular importance to its vertical integration model and their own trademarks.

“The strategy of Yarche! is similar to the strategy of Magnit. The chain came from the regions, such as Altay, Kemerovo, and Novosibirsk. In Moscow, they are behaving very carefully, and try not to compete directly with the federal chains. However, gradually, little-by-little, this chain is getting a higher profile, even on the stagnant market,” stated Ivan Fedyakov.

Another rapidly developing chain of discount stores, Svetofor from Krasnoyarsk, is utilizing a strategy based on а low margin and fast merchandise turnover. Svetofor is a federal government contractor and is using its own efficient logistics system. In the last 1.5 years, this chain increased the number of stores from 492 (in January 2017) to 761, in July 2018.

Experts note that consolidation on the food market continues, and regional players continue to leave the market, which has been stagnant for several years. Currently, in addition to stagnation in production, there is also financial stagnation due to low inflation. “Many companies are not ready for that, because they have never experienced it before. In stagnation, those with the best business models will survive. The models should be both, clear and efficient, as well as unique in the eyes of customers, who should be able to single out a specific store from a general grey mass. When customers cannot tell where they are, in Pyaterochka, or Dixie, it is no surprise that revenues of these stores begin to go down,” stated Ivan Fedyakov.

The valve must be shut down
According to InfoLine, there will be less openings in food retail and more closures. In 2017, almost eight thousand stores were opened. 60% of new stores were launched by Magnit and Х5 Retail Group in FMCG. However, almost 15 thousand stores were closed. We also need to take into account that for one new hypermarket, there will be several smaller individual stores that would close. For that reason, retail square footage stays practically unchanged. In the first six months of 2017, retail square footage went up by 900 thousand square meters, for top 200 FMCG, and in the first six months of 2018 by 674 thousand square meters. We see growth, but it is happening slower.

Market experts believe that retailers have fully experienced the negative consequences of excessive discounts and have to get out of this pricing loop.

“As of the third quarter, we see that the quality and quantity of merchandise sold at discount prices, has not changed. Although, until the end of the second quarter we observed continuous growth of these numbers. Many vendors include some discounts in their plans, therefore this process will continue for some time. We would like to believe that we have reached the final phase of promotional development and cannot expand it further. Neither vendors, nor retailers are winners in this situation. It causes profit margin and revenue reduction at comparable stores. To reduce cost, cheaper ingredients are used for the production of goods, and it affects quality. Retailers must shut down this valve. I believe, that in 2019 this trend will continue and the number of promotions will go down,” predicted Ivan Fedyakov.
#Analytics #Retail #FMCG #Infographics #English
Поделиться:
#Analytics

How malls collaborate with museums 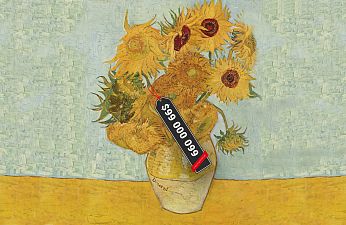 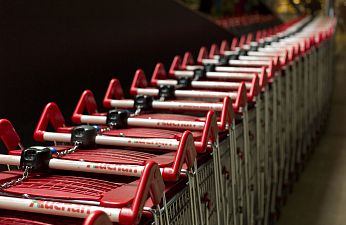