What unites the grocery retailer VkusVill, the pizzeria Papa Jones and the online store OZON? The shareholder of all those companies is the fund BaringVostok. MarketMedia is looking into how the arrest of the fund’s founder Michael Calvey will affect their business.

Michael Calvey, the founder of the investment fund BaringVostok, was arrested in Moscow on February, 15. He is suspected of serious fraud that carries punishment of up to 10 years in prison. According to the investigators Calvey is suspected of embezzlement of 2, 5 billion rubles from Vostochny Bank.

Meanwhile the fund has an unblemished reputation among Russian businesses.

“They are high-class professionals with an unchallenged reputation in the market for equity financing of private Russian companies,” one of investment bankers said.

“I am sure the arrest of Michael Calvey will not affect the business of the fund in Russia. They have already appointed new bosses while the portfolio companies except for Vostochny Bank apparently face no issues,” he said.

Baring Vostok has been working in Russia since 1994 and it has already invested over $2, 8 billion in companies of Russia, Ukraine and Kazakhstan. Currently, according to the information placed on the fund’s website, it has shareholding in 53 large companies in various sectors of the economy, including 14 companies in the FMCG segment. The assets include the grocery retailer VkusVill, the pizzeria Papa Jones, the online store Ozon, the sales club of branded goods for mothers and babies called Mamsy, etc.

MarketMedia asked businessmen and lawyers how the arrest of Calvey could affect the assets that Baring Vostok had the shares in.

The arrest of the head of the investment fund will not affect these companies in any way. The other employees are in charge of the retail business. They are on site and keep working. However, if Baring Vostok winds down it operation in Russia, most probably we will not be able to see such rampant development like in case with VkusVill.

I think some players will be trying to get the shares of the investment fund in businesses. Since it is a corporate dispute it means the basic scenario for taking away shares will work. Why not to get a share for someone who will take in Baring Vostok now? I think the company will have new shareholders soon. As for the reputational risks there won’t be any. In Russia the reputation is not for sale compared to criminal cases. The sale of criminal cases is a profitable business, it costs a lot and the product is very liquid. I think criminal cases should have been included in the asset structure. If you know how to open a criminal case against some kiosk or a bank your assets grow tremendously.

I think the arrest of the founder of Baring Vostok will not affect the assets that the fund owns. Business is concerned only about the problems of the shareholders who are directly involved in the management. Since Baring Vostok does not deal with the management process nothing will change. The customers do not care about any funds. They need products and goods. I also do not see any problems with the creditor banks.

Such arrests are always shocking for the business community. As for the risks we should separate them. Baring Vostok is a company while the case involves the arrest of individuals. Meanwhile, owning a company does not mean owning its assets. It means that it is not the property of an arrested individual.

Legally, the arrest will not affect the assets owned by the fund. For example, it is impossible to arrest assets as an interim measure or to compensate the damage caused to the injured person by the actions of the arrested person. However, arrests may be imposed on shares, and the mere fact of the existence of such measures may entail what is called reputational risk.

Reputational losses can be expressed in different ways. For example, other shareholders in the same companies that Baring Vostok owns will be frightened and will want to leave the capital. This may affect the ratings of companies on the value of their shares. There may still be problems with creditor banks: if a loan period is appropriate for some companies, they may require additional security. Counterparties may not enter into contracts with companies whose shareholders are involved in something dishonest, so that such transactions could not affect their own reputation. There is no worse adviser than uncertainty. People are just scared.

Baring Vostok is a super civilized company with the high-class specialists. They invested in our company in 2008, when none of foreign companies tried to invest anything in Russian economy. They bought 15, 5 percent of the shares and thank to those investments we got to work in Moscow region. If we had no investment we would not be working in Moscow.

Secondly, before the arrival of Baring Vostok we were not strong in corporate management, while Baring Vostok brought us the right spirit of the corporate management. They trained our managers and the board of management. They showed us what the real international company was, the one that was in demand at the Royal Exchange. They prepared the company for the correct action at the Royal Exchange.

Today they are mere minor shareholders. However, the board of directors has their representative who is very reputable and can evaluate a situation objectively and help make the correct decisions. I do not know what they think regarding the latest events but they obviously took the knock.

As for Michael personally I know him as an absolutely honest, cultural, polite and intelligent man.

We all are dancing to the beat of millennials’ drums 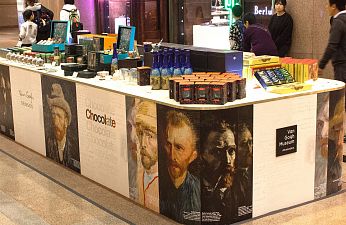 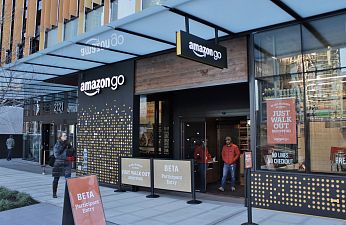